Getting your Rubber Plant, Fiddle Leaf Fig, or other Ficus to branch is so easy, but it can be a little stressful emotionally, so I’m here to talk you through it step by step! 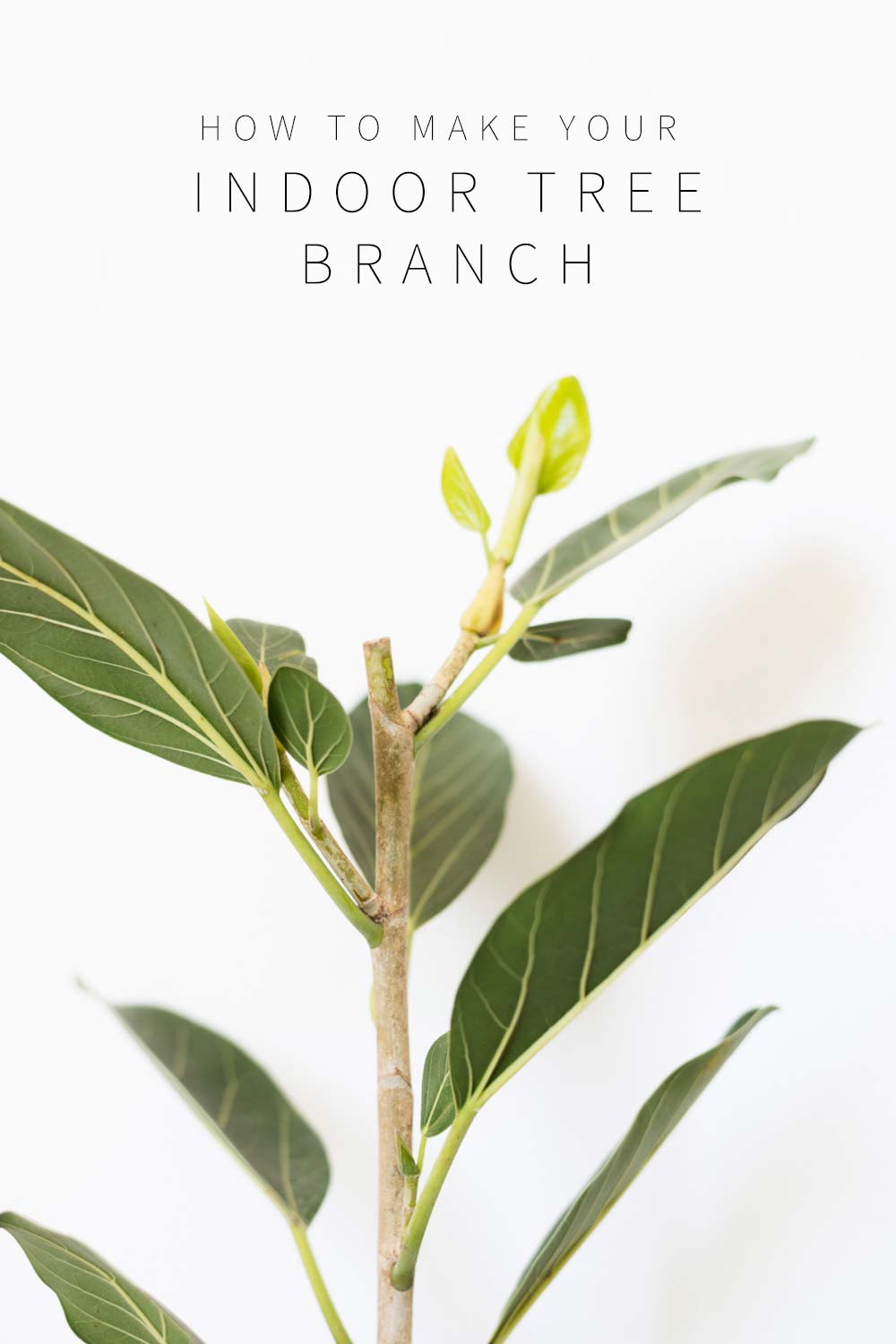 A lot of ficus varieties like the Rubber Plant and Fiddle Leaf are not natural branchers. I’m sure you’ve seen them grow in tall singular columns with one stalk right?

My Rubber Plant has grown just like this! See 3 stalks, zero branches. 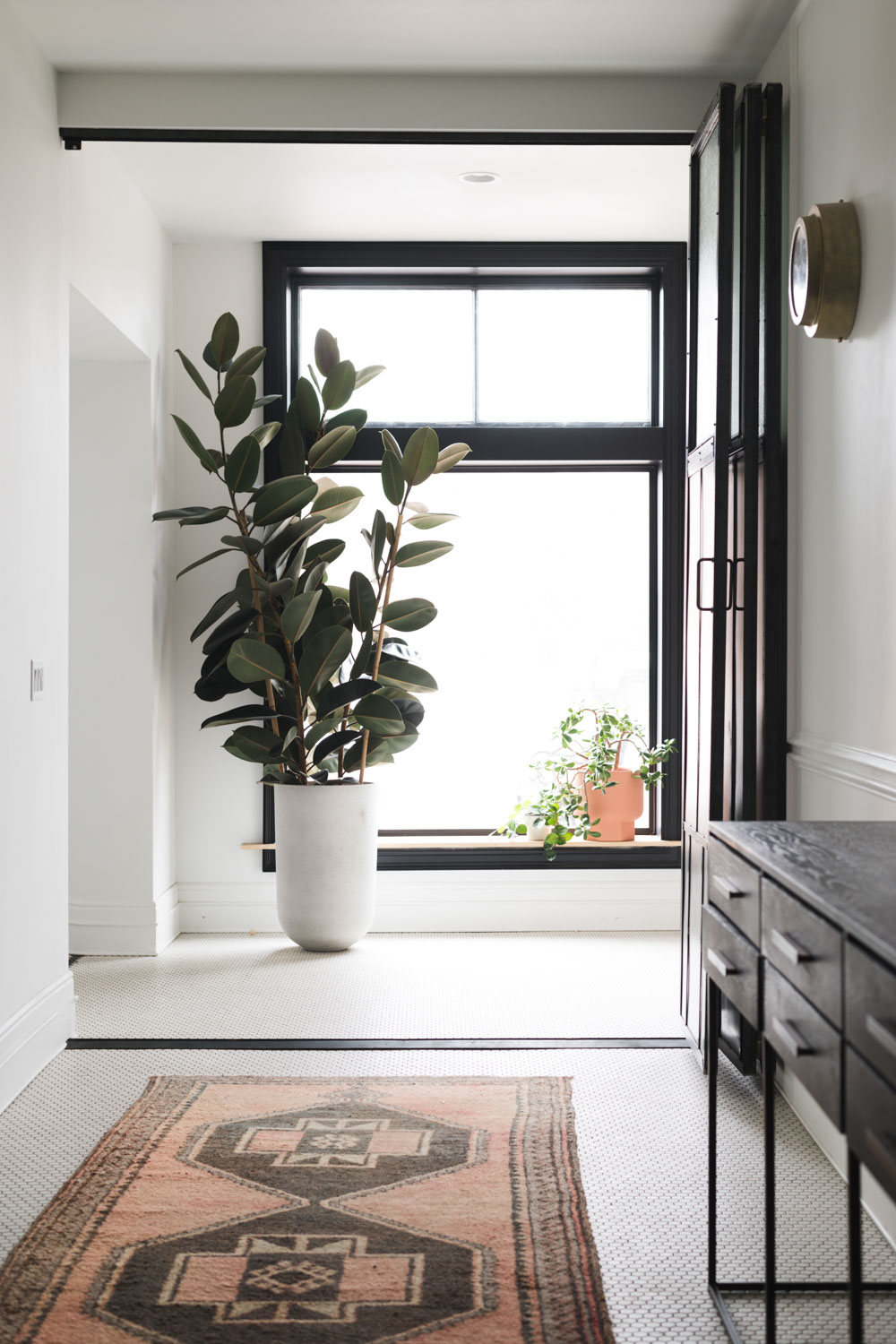 But forcing them to branch is super simple. You’ve just got to inflict a little damage. And it feels like you’re the meanest plant parent in the entire world, which is why I’m here, to talk you through it!

It’s super important to make sure that you’ve got a healthy plant to begin with. Trying to do this to a plant that is unhealthy might cause too much stress and it will give up the ghost.

How does it work?!

Plants have little bumps on them called Nodes. Nodes are where new growth forms. On ficus, the node is right above each leaf. They are easy to spot because at the same place the node is, there is a thicker ring that runs around the stalk.

When you remove the new growth, the node(s) closest to the top will start to grow and become a branch.

The quick and easiest way to do this is to find the new growth on your stalk. See that leaf sheath? That is exactly what we’re looking for. When a plant has a new growth tip on it, it sends inhibitors down to the nodes that keeps them dormant. Once the new growth is gone, the nodes are free to start new growth. 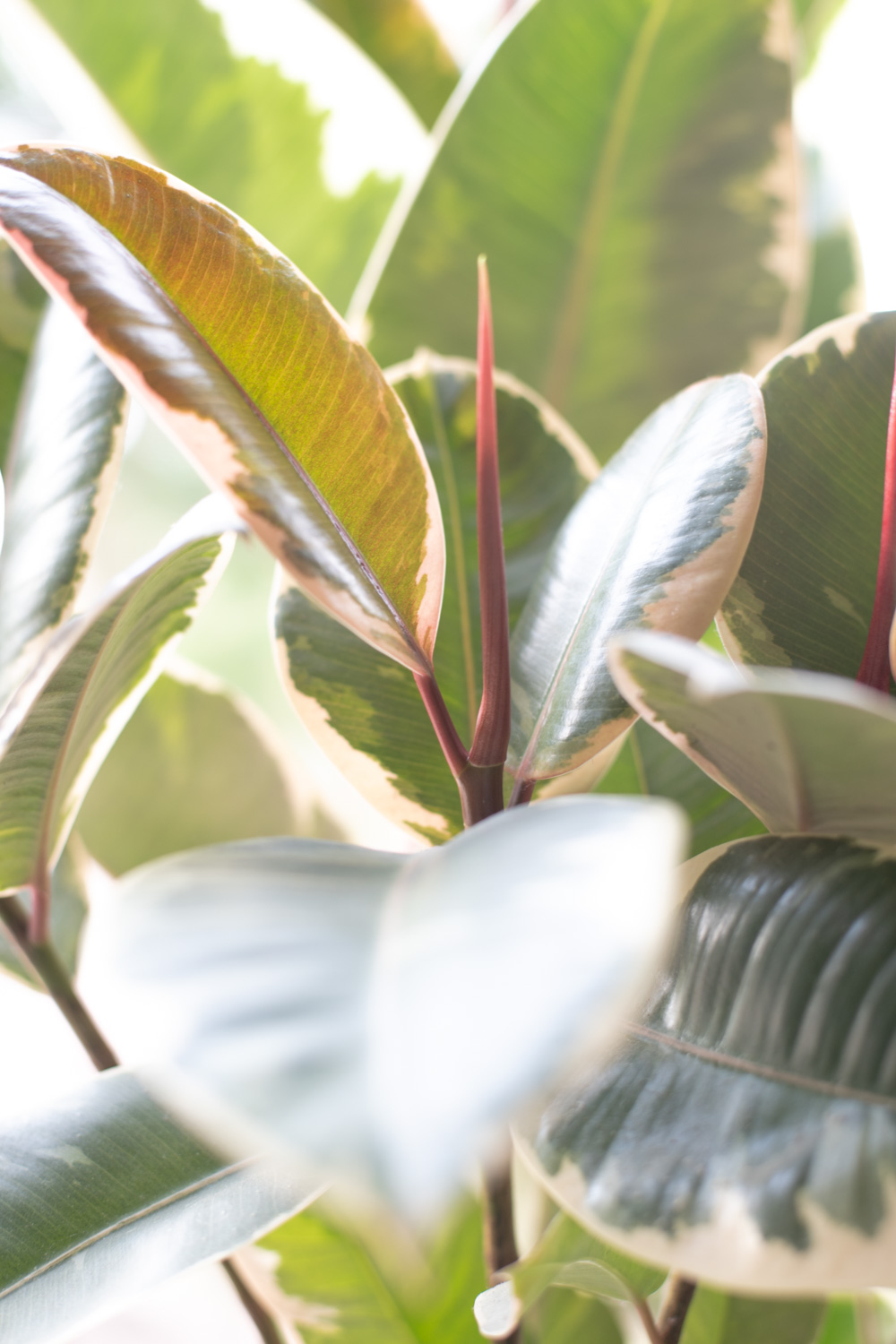 To do this, simply pinch the base of the new growth and snap it back.

The tree will leak white sap that can irritate sensitive skin, so keep that in mind. 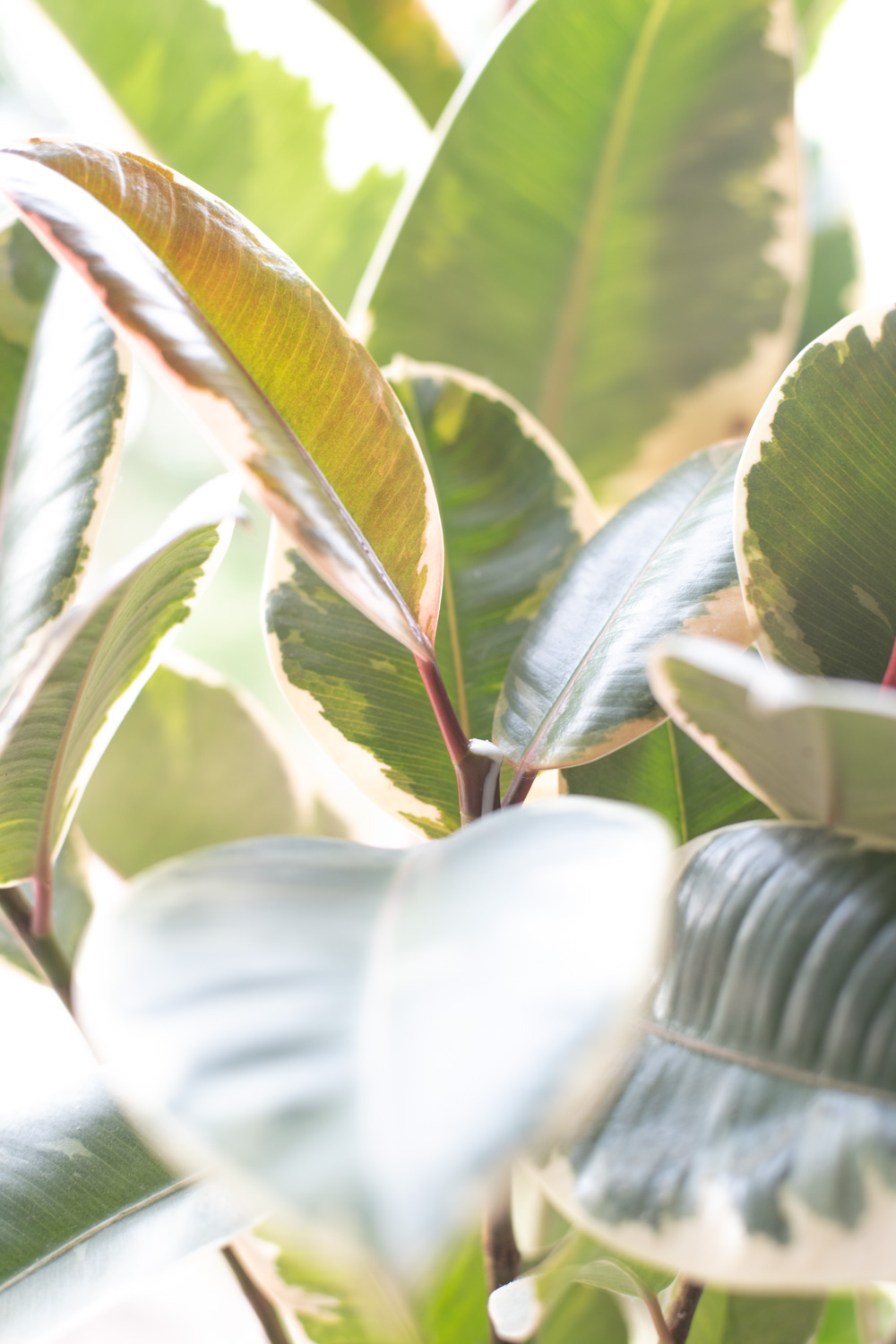 The tip will develop a callous, and the nodes will start growing within a few weeks/months. 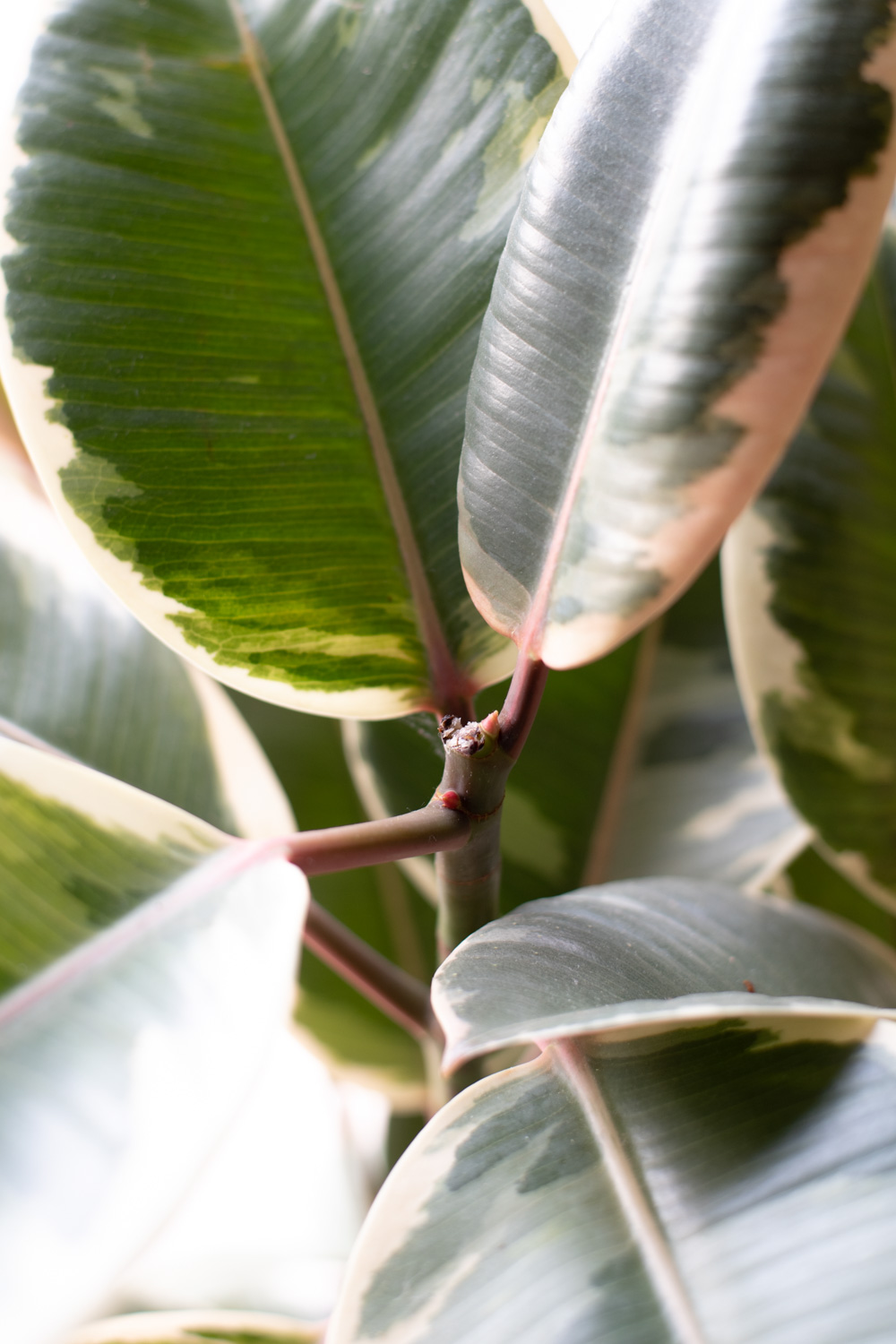 Because you are just pinching off a new leaf there isnt a node attached, which means that you cant propagate it.

Tip: Learn to Propagate Your Ficus

To do this, use a sharp sterile pair of pruning shears and cut about 1/2″ above a leaf/node. You dont want to cut it too close to the node, but leaving too much will make the end of the new cut shrivel up and it can become rotted. 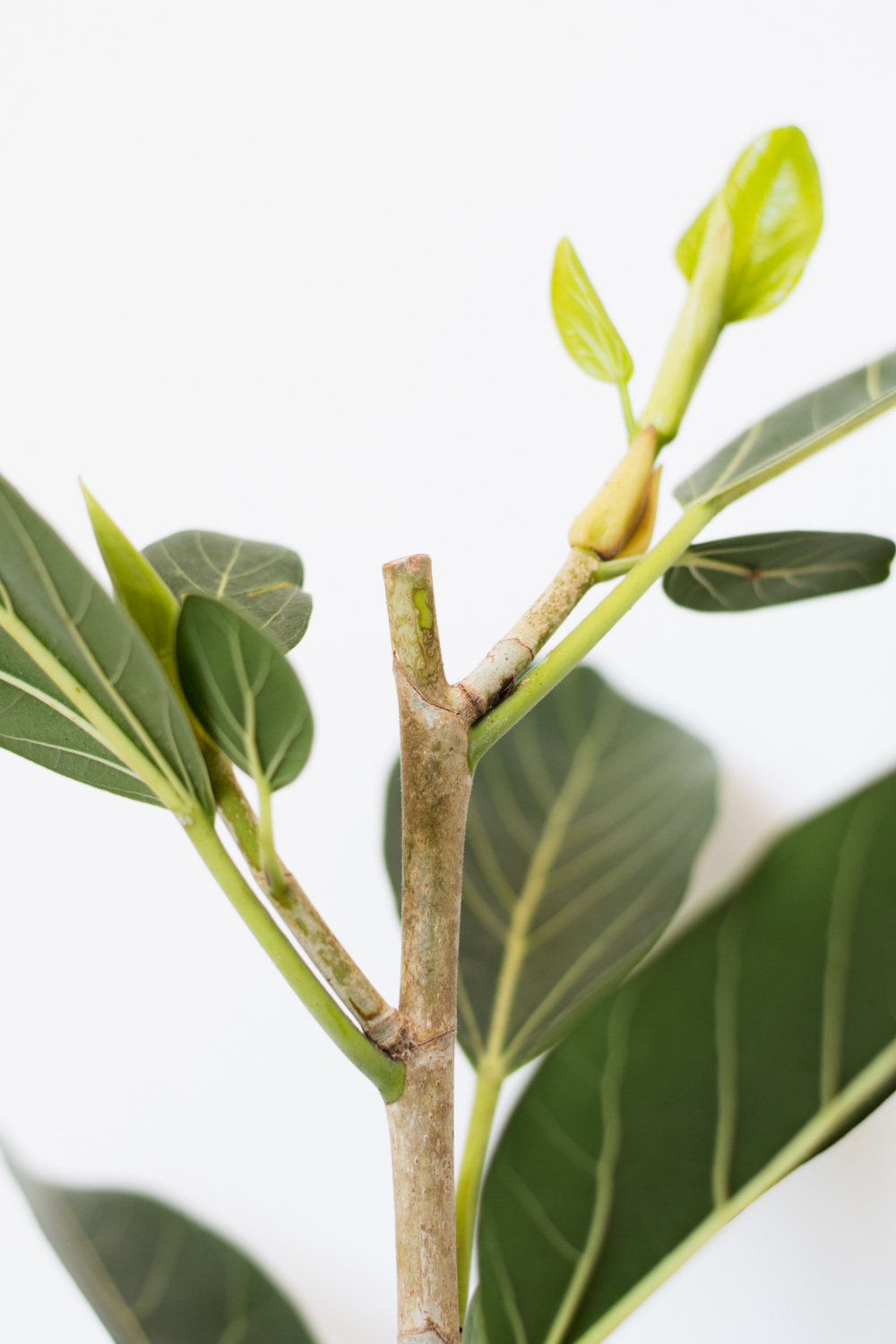 The tip of this Audrey Ficus was cut off and the plant has started to branch from the nodes.

It’s also branching from nodes that are lower on the tree where leaves have been lost. 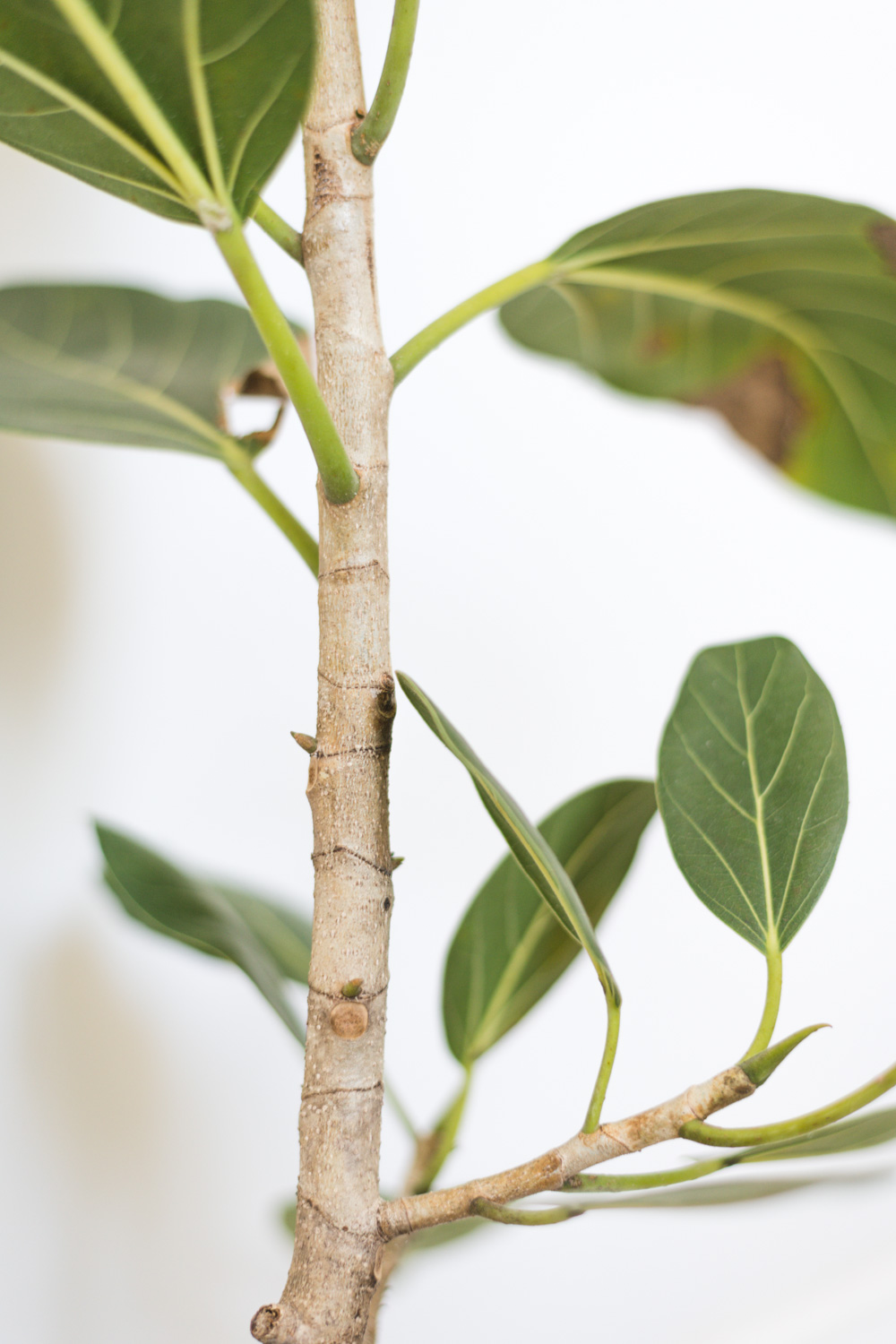 Unlike the other 2 options, Notching doesnt remove any part of the tree. Instead it’s a strategic cut or score made on the trunk or branch of a plant.

Find a spot on your tree between 2 nodes. 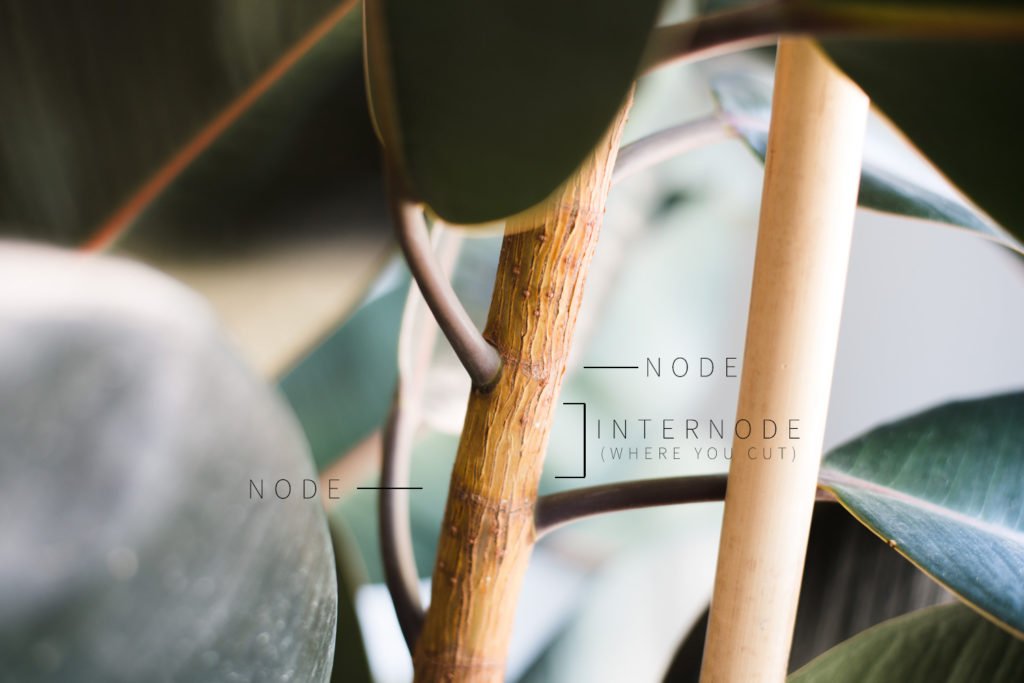 Using a sharp knife or pair of pruning sheers, make an angled cut that goes about 1/4 of the way through your trunk. If the knife isnt sharp enough, you’ll just be creating a scar and the plant wont branch. 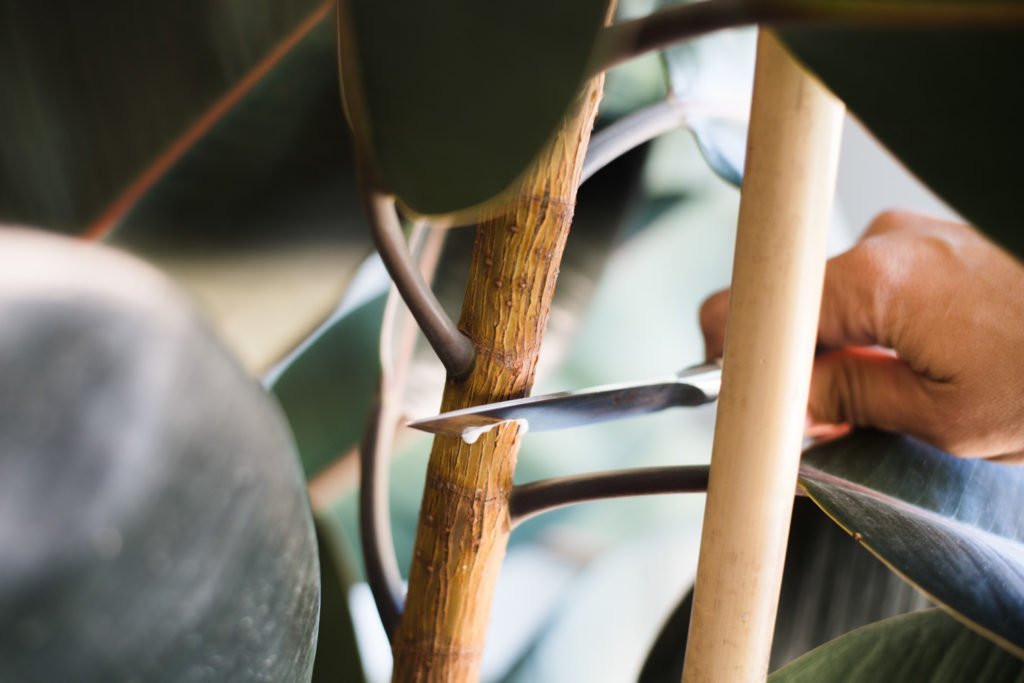 Mark that area with a small piece of ribbon and check on the closest nodes frequently. You should see new growth after a month or so! 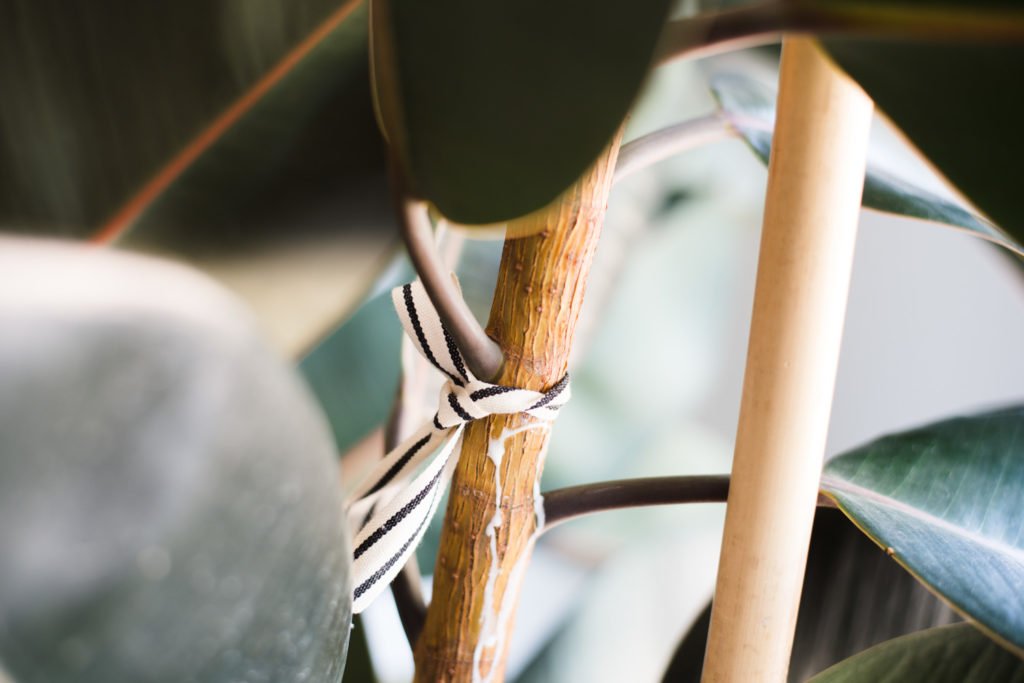 Which technique is right for my tree?

Technique #2 leaves the branching entirely in your hands. If your tree is almost hitting the ceiling, using the pinching technique isnt going to be super helpful, because it will just create branches at the ceiling height.

Do you have a small plant that you are starting off

Sprouting more than one branch

Pruning your tree during growth season is your best bet. When a tree is actively growing it will send out more than one shoot and the plant will recover from the stress of pruning quicker. If you prune your tree during a dormant season (like winter) it will likely only send out one branch if that. Keep that in mind so that your plant can still thrive.

Any questions? Leave them below!!

The Gap of Death: What It Is and How to Fix ItRead More